I’m not going to go into a lot of technical stuff here as I’m only going to cover the basics and encourage novice photographers to give it a try.

I was first introduced to bracketing by mistake. Bracketing is one method of taking photos to get an HDR image. I had never heard of bracketing or HDR at the time, but during my early days of reading the manual of my first DSLR camera, that I got in the fall of 2012, I had somehow set my camera to do a 3 exposure bracket. I’ll finish my story and tell you about the day and days following of how I was introduced to bracketing by mistake at the end of my blog (cause the story will be funnier after you learn what bracketing is).

What the heck is HDR?

HDR means high dynamic range. Our eyes are wonderfully made by God and can see in HDR. For example, when you look at a outdoor scene and look toward the sunset, you can see the sun setting and the detail in the ground in front of you. However, our cameras cannot.

Hummm…you mean to tell me that what I see in front of me will not be captured correctly in my camera?

Correct. That sunset scene has a high dynamic range of light from brights to shadow.

Is a sunset scene the only time I have HDR?

There are many times that you will have HDR and want to bracket using a tripod. Here are just a few examples out of many that have HDR.

1) Any time you have bright skies and shadows you have HDR. So, landscape and architectural photographers use bracketing. 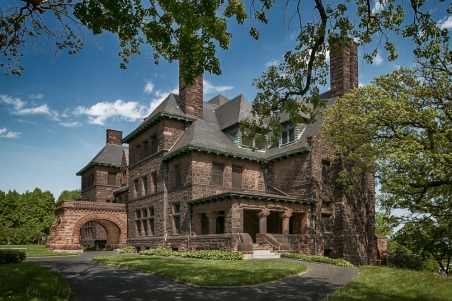 2) Interior photos have HDR. When you stand inside a beautiful cathedral (or any interior shot that you want to take that has windows on a bright sunny day), that scene has a very high dynamic range from the bright windows to the shadows inside. So, architectural photographers use bracketing. 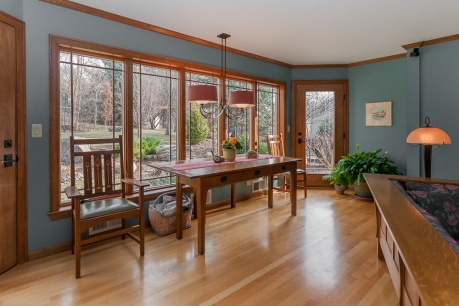 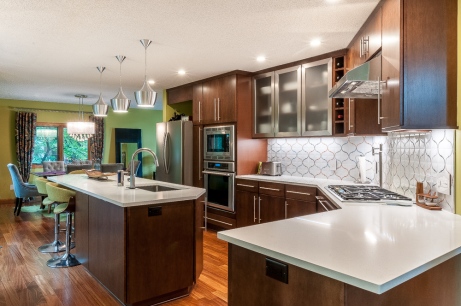 3) When I shoot photos at night there is a need to process an image with HDR. The light outside is getting darker, but the street lights are getting brighter. So, night photographers use bracketing. Bracketing doesn’t work as well when trying to capture motion at night like car trails, as an example. For those shots, I tend to do both bracketing and single exposures. I’ll look at the photos in post processing and see which result I like best. At minimum bracketing allows me several exposure options to choose from when selecting a single exposure that I want to edit. 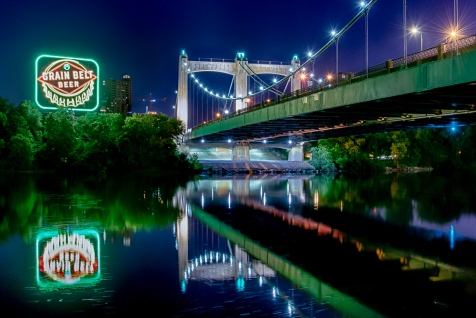 I use bracketing and a tripod for those 3 scenarios above the most “in camera” to later merge 3-7 photos together in a software during post processing on my computer. This combination will give my photos detail in the bright areas and detail in the shadow areas.

What the heck is bracketing and why do I need a tripod?

You will need a tripod because bracketing is a series of three or more photos taken of the same composed scene one right after the other. You don’t want the composition to change and you don’t want any movement when your shutter is slow to capture all the details in the shadows.

If I take 3+ photos of the same scene, on a tripod, one right after the other, will I end up with photos that are identical?

No, You will set your camera to take the 3+ shots with different exposures, so that you can have several photos each capturing different areas of detail. When bracketing is done correctly, there will only be one photo that will look normal straight from the camera, the others will either look too bright or look too dark. The dark photos show the shadows dark while capturing the best detail in the bright areas of the photo. The bright photos will look “blown out” or too white in the bright areas while capturing the best detail in the shadows. When you merge all the photos together in post processing software you will get one photo or image that looks great in the bright areas, the shadow areas, and the mid-range areas.

What software do you use to create the HDR image?

I use lightroom as it has a built-in HDR. Photoshop has HDR. I’ve also used lightroom plugins like NIK and Aurora, which can also be used as stand alone software. In lightroom I select the group of images I took using the bracketing and send them to the HDR option. It walks you through the steps, then voala! You now have made your first HDR photo. The post processing is that simple because the software does the work for you.

Where do I find bracketing in my camera?

This is where I tell you to read your manual. Each model and brand of camera has a different location to make this happen. Some have buttons on the camera, some you need to go into the menu, and others allow you to set custom buttons of which you can make one of them do bracketing.

Tip: If you can’t find your manual then while on your smart phone, go to Google and type in “manual and your camera model”. You will most likely see an option to download a pdf of your entire camera manual. Download it to your phone. The best part about this is you now have your camera manual with you at all times and pdf documents allow for searching, so you can search for the word “bracketing” and read about how to bracket on your camera.

How do I know what exposures to set when bracketing?

First you will set your camera so that the photo will be properly exposed for the majority of your scene. Then you will have one photo of the 3 that will be under exposed and one of the three that will be over exposed. The more photos you add to your bracketing series the more information you will have captured to create a HDR image in post processing. I typically bracket with 5 images each +/- 1 stop. I also set my camera to capture the images starting with the under exposed images and working it’s way to overexposed. So my bracketing meter will look something like this….-2..-1..0..+1..+2. You can set your camera to do it this way also…0..-1..+1. I found it hard to determine later in post processing which photos were together using the second option, so I use the first option. When you are done with your shoot don’t forget to turn off bracketing as the camera will still be set in bracketing mode when you go to use your camera another time.

Do I have to use more than one photo to create a finished HDR image?

No, some software give you the option to use a singe image and create an HDR effect.  Here is an example of a single image that I used in post processing to create an HDR image.  In the example below I chose to focus on the correct sky exposure as you can recover detail in the shadows but not in the sky, if too bright.  That’s where you may have heard about a “Blown Out Sky”, which means there is no information in the digital information of the bright areas to add to the final image nor can it be fixed.  I also didn’t have a tripod with me for this shot, so I kept my shutter speed high enough to be hand held.

After HDR processing of one image by Karen Biwersi

Now, it’s time to finish my story of how I was introduced to bracketing by mistake. I remember being at my son’s basketball game and so excited to be shooting his high school games with my first DSLR and getting great results. I had shot several games already, but this particular game day wasn’t going well. I would take a shot and it looked good. I would take the next shot and it looked darker. The third shot looked brighter. At first I thought it was the gym lighting, which is difficult in the first place, and the direction I was shooting as they moved up and down the court back and forth, while I sat on the sidelines right in the middle. I left the game frustrated with my camera and results. I called the camera place and told them my story, but because of my inexperience and the difficult light in school gymnasiums their suggestion was that the light changes as you shoot one side of the gym to the other. It still didn’t make sense completely. A few days later, I was at a family baptism celebration and taking photos of my baby nephew. Again, with the different exposures all over the place…good, dark, light. I was getting so frustrated. Thankfully, my sister’s friend, who works with video, looked at my camera for a while and shrugged. Then he said in hesitation, “it sounds like your camera is set for bracketing”. Hummm…, what is that? He explained to me what he knew. That night I went home and read my manual about bracketing and how to turn it off. I had accidentally set my camera to a 3 exposure bracketing mode and not realized what I had done. I was so relieved. After feeling like I had taken several steps backward in my learning, I was now back to feeling confident. I thought, “why in the world would I ever need bracketing?” Hahaha! Today, I use bracketing so often, that it’s my go to for great images.

Thanks for reading. I hope I’ve enticed you to give bracketing a try to create great images in HDR.